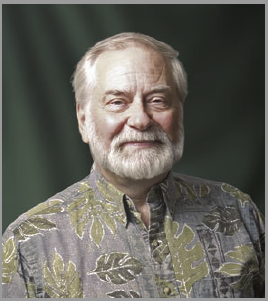 It was with bittersweet congratulations that CRDG bid Director Don Young farewell as he left to take on the position of dean of the College of Education. While we will miss his leadership in CRDG, we are happy for him and wish him well in his new role.

Young first came to CRDG in 1971 and became an integral part of the CRDG science section where he co-authored ground-breaking and award-winning inquiry-based science programs. e middle-school program Foundational Approaches in Science Teaching (FAST) and the elementary program Developmental Approaches in Science, Health & Technology together span a nine-year science sequence that teaches basic science concepts through inquiry methods. Both programs included a twoweek teacher professional development institute to teach the inquiry methods that few teachers had learned or experienced at that time. Young’s expertise, in particular, involved the dissemination and implementation, and later the scaling-up, of the professional development program.

In 1998 Young moved to the position of CRDG associate director, then became director of CRDG in 2003. In this role, he guided CRDG through a time of tremendous change in the education community with great insight, energy, and compassion. His door was always open and his support unwavering as we all worked to navigate the changes in our field. He leaves us now a stronger organization for his leadership, and we count ourselves fortunate to have him in the role of dean of our college.

Three CRDG faculty members were honored at the May 2012 meeting of the University of Hawai‘i at Manoa College of Education’s Congress. 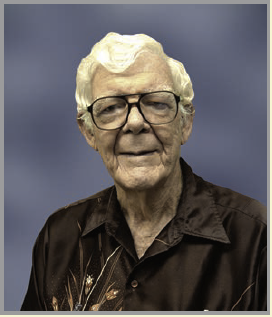 Dr. Francis Pottenger III received the 2012 COE Lifetime Achievement Award. Pottenger joined CRDG in 1966, where he led the science faculty in the creation of award winning inquiry- based curricula for elementary and secondary school science. His groundbreaking Developmental Approaches in Science, Health and Technology (DASH), a six-year sequence for elementary school; Foundational Approaches in Science Teaching (FAST), a three-year middle school program; and e Fluid Earth/e Living Ocean, a high school marine science course, have been used in Hawai‘i, throughout the mainland United States, and internationally. Over the course of his career Pottenger has engaged in science curriculum collaboration and experimentation with colleagues in Japan, Korea, Russia, Australia, and New Zealand. CRDG His nomination for the award read, in part, “For the last 45 plus years, Dr. Pottenger’s work in science education as part of CRDG can only be described as extraordinary, innovative, seminal, diverse, impactful, cross-national, collaborative, award-winning.” 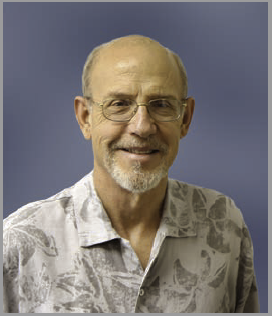 Dr. Paul Brandon was the recipient of the 2012 COE Exceptional Contributions to Scholarship Award. Brandon has been with CRDG since 1989 as a professor of education with a focus on research and evaluation. He has published several evaluation instruments that have been developed and validated in projects and regularly serves as a consultant on developing research and evaluation designs. He has won two best evaluation awards from the American Educational Research Association (AERA) and was selected by the AERA Research on Evaluation Special Interest Group as their first annual Distinguished Scholar in April 2011. Beginning January 2013, he will serve a three-year term as Editor-in-Chief of the American Evaluation Association’s topical journal, New Directions for Evaluation. CRDG Director Kathleen Berg wrote that “I nominated Paul for this award based on recent awards and recognitions that come on the heels of an already outstanding, long, and productive scholastic career. He is most deserving of an award for his scholarship, which is well-respected both locally and nationally.” 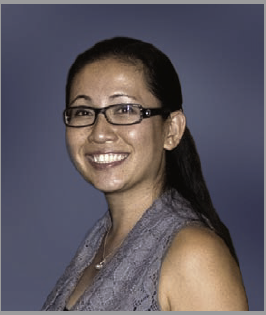 Dr. Truc Nguyen was awarded the 2012 COE Leadership Award. Nguyen’s role within CRDG as a faculty member in Learning Technologies includes authoring and teaching science and computer literacy courses; developing instructional strategies for existing science curricula; overseeing the development of science, economics, and computer distance-learning courses; developing evaluation and assessment modules; and coordinating professional development workshops and conferences. is year, she also chaired the College of Education Faculty Senate, represented the college on the Manoa Faculty Senate, led the Faculty Distributed Learning Advisory Committee on the All Campus Council of Faculty Senate Chairs, and served as president of the Hawai‘i Educational Research Association (HERA). Her nomination for this award read, in part, “She exemplifies exceptional leadership that demonstrates commitment in ways that move programs, departments, units, and the entire college in positive directions.” 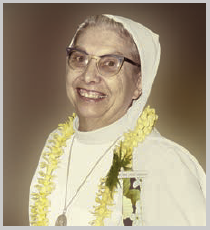 Sister Edna Louise DeManche, a Sacred Heart’s sister and giant in Hawai‘i’s science education community, died this year at the age of 96. Her love of both religion and science, and her ability to bridge the two, would be one of the defining themes of her life. Sister Edna entered the Maryknoll convent in New York in 1934, and she took her final vows and completed her bachelor’s of science degree in zoology in 1940. She came to Hawai‘i that same year to teach at Maryknoll School. Over the next six decades she contributed to science education in Hawai‘i as a teacher, a curriculum developer, a leader in the Hawaiian Academy of Science where she served as executive secretary and director of the annual Marine Symposium, and associate superintendent of the Catholic School Department. Sister Edna worked as a curriculum developer at CRDG from 1967 until 1980 and is most well known as the author of the Hawai‘i Nature Study program and for her contributions to CRDG’s signature middle school science program Foundational Approaches in Science Teaching (FAST). 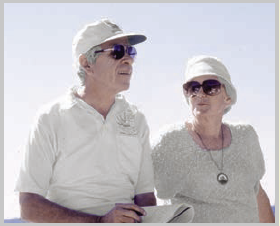 Longtime science educator Will University of Hawai‘i at Mānoa College of Education (COE) Professor Will Kyselka passed away on July 1, 2012. With the COE for more than 30 years, Kyselka devoted his career to teaching, mentoring, and developing curriculum. A revered geology and astronomy expert, he co-authored the Foundational Approaches in Science Teaching program that is internationally recognized as an exemplary middle school science program. Kyselka, who came to Hawai‘i a few years after graduating from the University of Michigan with BS and MS degrees in geology and an MA in education, was on the science education faculty in the COE and joined the Curriculum Research & Development Group (CRDG) when it was formed in the late 1960s. In 1966, he was appointed an associate in astronomy at the Bishop Museum where he conducted lectures at the planetarium. His life-long friendship with Nainoa Thompson would begin there. In An Ocean Mind, Kyselka recorded the problem-solving and learning process that Thompson went through in learning to non-instrument navigation. Kyselka and his wife, Lee, were on the escort vessel Ishka that accompanied Hōkūle‘a on its 1980 maiden voyage, and Will was on board the Hōkūle‘a during part of its 1986 Voyage of Discovery. In a Polynesian Voyage Society (PVS) announcement about Kyselka’s passing, Thompson said, “He has been one of the most important and crucial teachers that we have had in the whole 37-year journey of rediscovering our voyaging knowledge.”

Leila (Lee) Kyselka died this year at the age of 95 following a lifetime spent in social service and education. She moved to Hawai‘i from Oregon in the mid-1960s where she worked on teen programs at the Windward and Nu‘uanu YMCAs. She came to CRDG later in her career as director of the Summer Science program. She also lectured in the Women in Transition program at Leeward and Windward Community Colleges. She became involved in the Polynesian Voyaging Society along with her husband Will, and sailed on the escort vessel for the Hokule‘a’s 1980 voyage to Tahiti.

Congratulations to CRDG’s Dean Lodes as second author on a paper published with the VR team in Presence, The MIT Press Journals. This highlights the Hōkūle‘a as the focus of the VR work and links it to classroom usage. Read article: Kilo Hōkū—Experiencing…
END_OF_DOCUMENT_TOKEN_TO_BE_REPLACED

UH Mānoa College of Education (COE) Assistant Specialist Joanna Philippoff was awarded $44K from the University of Hawai‛i Sea Grant College Program. As part of the two-year grant project, Philippoff and Co-Directors Heather Spalding of the Botany Department and Craig Nelson of…
END_OF_DOCUMENT_TOKEN_TO_BE_REPLACED

Congratulations to CRDG’s Dean Lodes as second author on a paper published with the VR team in Presence, The MIT Press Journals. This highlights the Hōkūle‘a as the focus of the VR work and links it to classroom usage. Read article: Kilo Hōkū—Experiencing…
END_OF_DOCUMENT_TOKEN_TO_BE_REPLACED

UH Mānoa College of Education (COE) Assistant Specialist Joanna Philippoff was awarded $44K from the University of Hawai‛i Sea Grant College Program. As part of the two-year grant project, Philippoff and Co-Directors Heather Spalding of the Botany Department and Craig Nelson of…
END_OF_DOCUMENT_TOKEN_TO_BE_REPLACED

“How lucky that this position satisfied both appetites for art and technology!” Hometown: Born in Honolulu raised in Waipahu Department: Curriculum Research & Development Group, MaPS Degree: Bachelor of Fine Arts, UHM How long have you been with CRDG? I…
END_OF_DOCUMENT_TOKEN_TO_BE_REPLACED